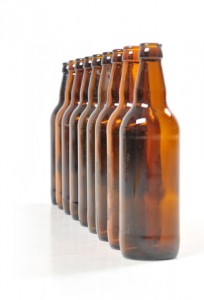 Rev. Jason Boyle, an FPCNA missionary serving in Mexico City, was invited by a former alcoholic who attends his church, to preach at an Alcoholics Anonymous meeting.

For one and a half hours, Boyle spoke to a group of about 25 from Acts 17 where Paul the Apostle addressed the Athenians on Mars Hill in Greece who were ignorantly worshipping the unknown god.

“I spoke directly to them, even challenging them on their belief in a power greater than themselves- telling them the god they serve is a false god and they need to turn to the true and living God as He has revealed Himself in Scripture,” Boyle said.

This was Boyle’s first time speaking at an AA meeting. A gentleman in his church, who suffered from drunkenness for many years, became sober through AA. He later came to Christ for salvation and has been attending Boyle’s church for over one year.

“The opportunity arose because this man still helps out at a local AA meeting,” Boyle said.

After the preaching, many asked questions for almost 40 minutes.

“Mostly, people wanted clarification on truths they had never heard before,” Boyle said. “All in all, it was a good experience—most everyone paid attention and they were all respectful.”

Boyle was able to distribute gospel tracts and invite people to church.

“We pray that the Lord will use the seed that was planted in their hearts,” Boyle said.